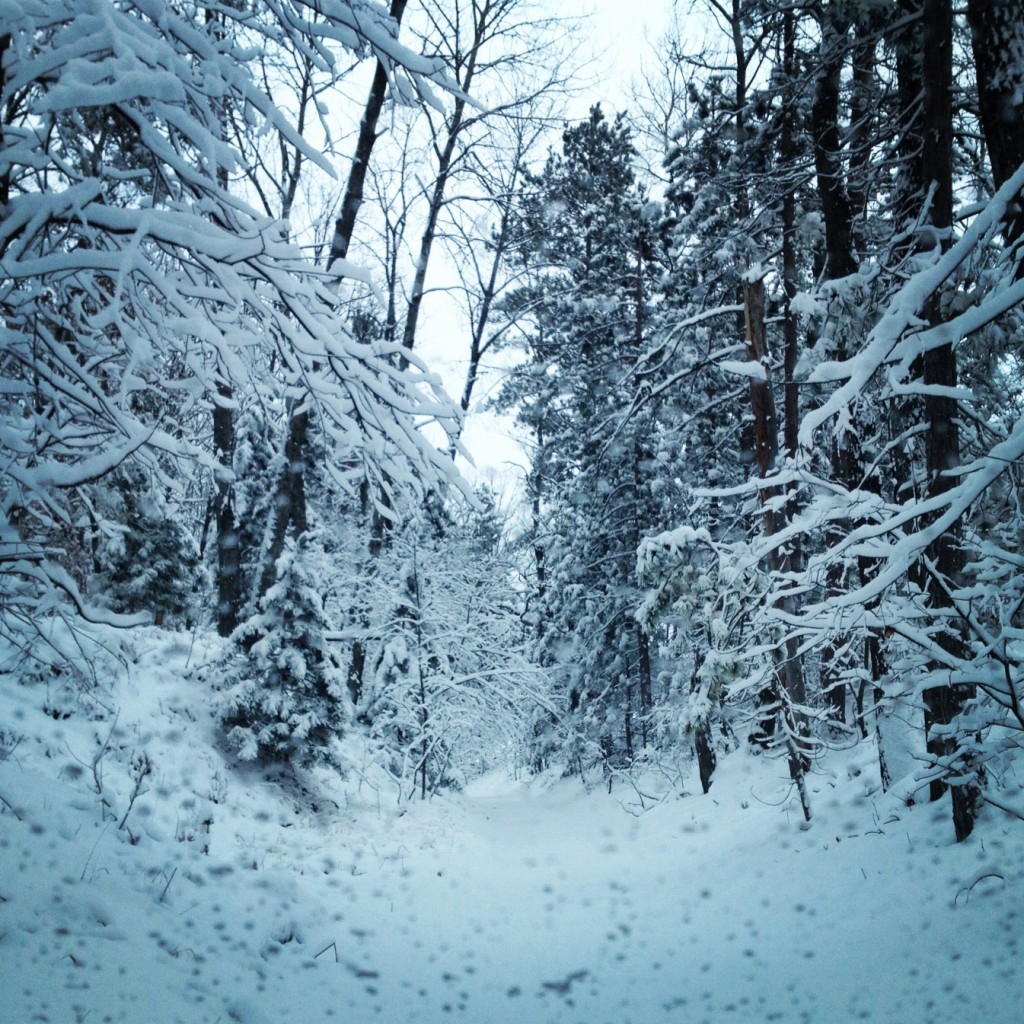 We got a healthy blanket of the stuff this past weekend. The snow fell mostly late Thursday night and left a good eight inches on the ground, making everything a beautiful winter wonderland. This is what I expect of a northern Michigan winter. I love how the snow transforms and gives new life to an otherwise dull landscape.

The snow makes camp life busier as we prepare for the campers, but it is definitely worth the work. The campers were able to enjoy tubing this weekend, unlike last weekend when we didn’t have enough to open tubing. 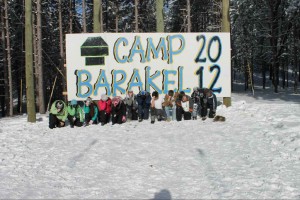 The big project during the week was painting a sign to put up here at camp for 2012. Reuben Peck and I worked together for the most part tracing the design and then painting the five sheets of 4′ x 8′ plywood that made up the sign. The goal was to get the sign done and up for this weekend’s retreats, but by Thursday it looked as if it wouldn’t be done in time. Reuben decided that it would be done in time and took up the challenge and kept working on the sign late into the night and finished it just in time. I on the other hand had succumbed to a cold so I went to bed early that night. Thanks to Reuben’s efforts the campers had a very cool sign to take pictures by this weekend.

Friday I was in the skate hut for late night skating and it was a lot of fun to see the fathers and sons come down to skate and play hockey. Barakel has a nice hockey rink and a second rink just for skating giving the campers plenty of ice. The next morning I got up bright and early to drill some holes for ice fishing with Reuben. We have the hang of the auger now and we drilled the holes very quickly compared to last weekend. My morning schedule was free so I caught up on sleep a little bit and then kept busy in the afternoon with human ice bowling and flag football. Flag football was hilarious to watch as all the guys gave it their all on the snowy field. Definitely more entertaining than professional football any day. 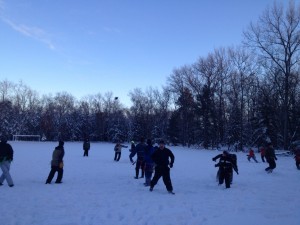 Sunday was another full day and I was pretty worn out, but God gave strength and everything went well. After worshipping with the fathers and sons in their chapel the little guys left for their own chapel message. Their ages ranged from six to eleven and they all were full of energy, so keeping their attention is quite the trick. I helped out with them and it was neat to see the little guys learn about Christ as Chris Knobloch taught them.

After helping with lunch dishes in the dining hall I went to church at Christ Our Life Church with the Boeve family who are on resident staff here at camp. The building was small but the people inside filled it with life. It was good to spend time in church with fellow believers and hear the Word preached.

Keep me in your prayers as I take a DSST test on Astronomy tomorrow for college credit. I love the stars so studying for the test has been enjoyable.