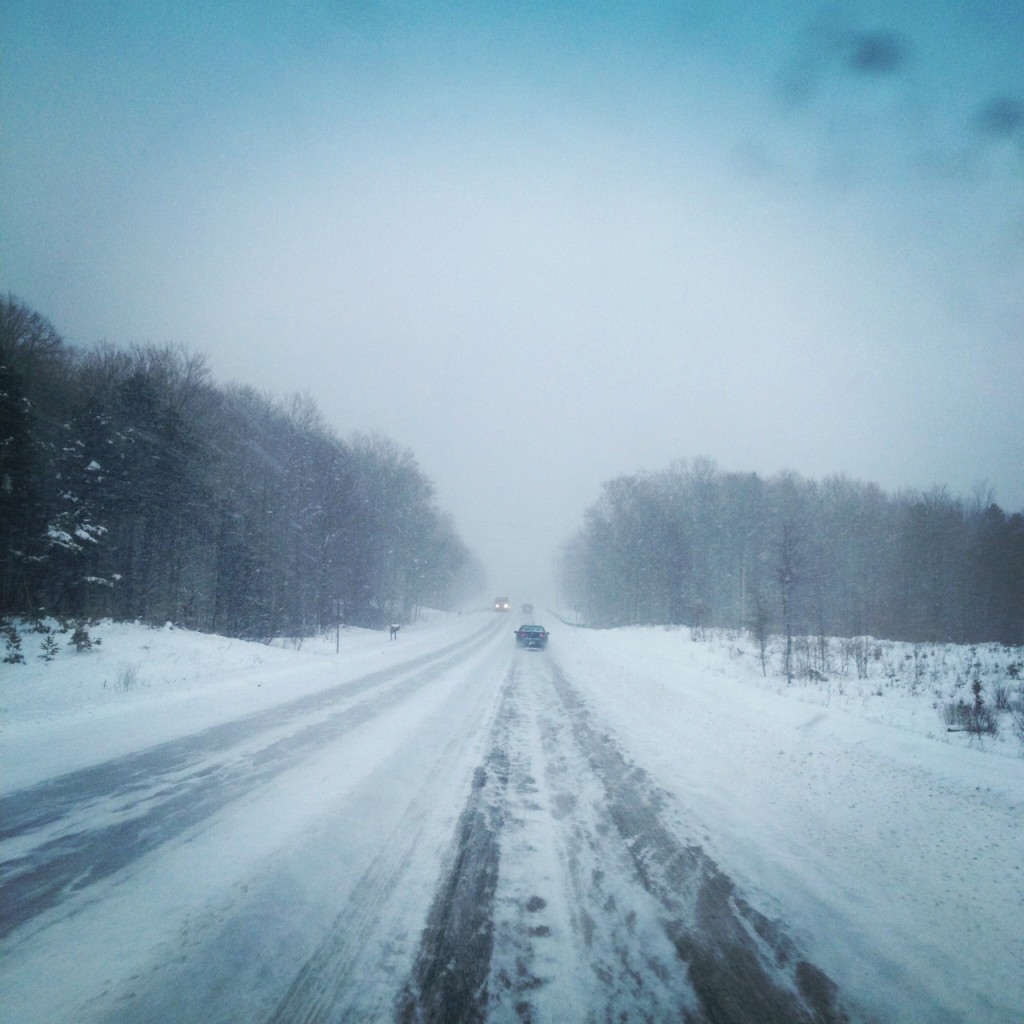 A white onslaught of snow and ice tried to hide the road as I returned back to camp midday Tuesday. I had passed my Astronomy test which I took in Traverse City that morning, and even though I was nervous about the test I did well. The roads on the way there had been clear. Not so on the way back. But God was gracious and I arrived back at camp late afternoon intact.

The next day began with the weekly West Side chapel cleaning with Lee and Reuben, followed by Staff Fellowship. Barb – who has served in Africa for the past 30 years as a missionary and is now on staff here at camp for a year – shared her testimony with everyone. Hearing of how God had taken care of her through everything from wars to a plane crash was encouraging. All the staff had lunch together and then went back to work.

Ice skating is a highlight of the retreats for many, so making the ice and maintaining the rinks is a big deal. Jeremy Linsley shared his knowledge of ice making with me Wednesday afternoon and put me to work. I helped snowblow and then sweep off the ice. Thankfully both jobs are accomplished with tractors. We then put down a couple of fresh sheets of water on the ice. The job of ice laying is a little tricky as you have to try and keep the massively long hose from going over where you’ve already been, but I mostly got the hang of it.

The rest of the week before the retreats started I spent doing various jobs around camp. The biggest of the jobs was snow removal. Thursday between a couple of snow shovels and a snowblower, Reuben and I cleared half of West Side camp. The ten-degree air kept us from overheating and we even had the joy of knocking down some huge icicles.

The view early in the evening from the top of hill was amazing – Venus was shining brightly over a few black clouds on the horizon as the last tinges of sunlight faded away and night took over. It was a beautiful sight that I won’t soon forget.

Friday evening the retreats started full swing and on the East Side it was our last Father-Son retreat of the winter. I saw four boys who all had been my campers over the past two summers and was able to meet and talk with their dads. It was a lot of fun.

The weekend flew by and I was exhausted by Sunday afternoon when all the campers had left. So today has been spent mostly resting and catching up on sleep, but I will be back at it tomorrow morning! Pray for us at camp for our strength and joy as we serve for Christ’s glory.

One thought on “Shoveling, Tubing, and Ice-making”